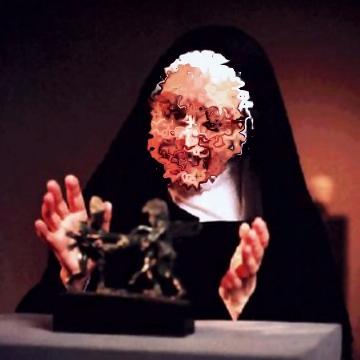 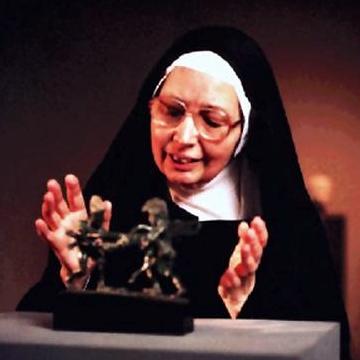 clue: What are the highest ratings a South-African virgin art-history expert can get on PBS? (None.)

explanation: Beckett was a nun who hosted an art-history program on PBS called Sister Wendy. more…

trivia: The clue was inspired by an old joke when Scott Hardie asked "What's the highest rank a woman can hold in the Catholic Church?" and Matt Preston answered "None."