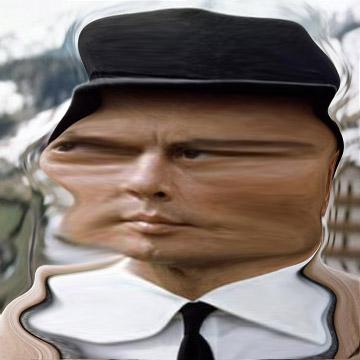 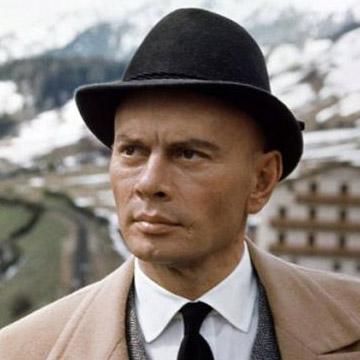 clue: He's been both a Siamese king and a robot gunslinger. Who's the pharaoh?

explanation: Brynner starred in The King and I, Westworld, and The Ten Commandments. more…

trivia: Yul Brynner (2001) was the very first goo created by a player, Kelly Lee. Prior to this, some goos had been inspired by players' interests, and all of Round XIII was dedicated to goos like that. But Round XIV took the idea a step further, letting players create the goos themselves by submitting names and clues to me. Brynner was the first to publish (Kelly submitted hers first), and its inclusion in this theme represents all of the goos of that round. The player-created goos were so much fun that player Dan Donovan suggested that the game permanently incorporate them. Since then, they've made up roughly 15% of all goos and been a major part of the game experience. –Scott Hardie