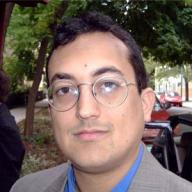 First things first: Megan Baxter wins round 1 of the "guess the subject line themes" game. Go Megan! I'll keep a running tally of wins. And remember, the little star int he subject line means that a new round has started, so this is your next shot, kids, adults, and undead myspace users!

Anyway, tonight's post comes with the realization that I genuinely can't recall the last time I went to bed before, well, midnight. Call it the perils of a college schedule or the results of not having a standard job, but it's bee a very long time since I've regularly gotten to sleep on the same calendar day I woke up.

Of course, that raises the question of what actually constitutes a day. Most people run on the calendar day -- actually, more literally an astronomical dating system. Everyone uses the solar day; a lot of people, including a few folks on this site, also use the lunar day (at least for spiritual purposes). For the purposes of time-sensitive processes like medication, there's a 24-hour day, but any span of 24 hours is a day. Personally, I go with an experiential or phenomenological day -- it's the same 'day until either I go to sleep or the sun comes up again, in which case the next day is here. It has the benefit of working on any planet, even if I've only got the one right now.

At one point in my life, it was intentional: staying up past midnight every night was a way to prove I was in fact not living at home anymore with my parents. After a while, though, it became a habit just because college in general doesn't run the way the rest of the world does, probably because everyone there wants to test their newfound freedom in much the same way.

After awhile, though, I either got to like late nights or just built my habits around it. THere's nothing more pleasant to me than taking a walk at 10pm around a still and quiet neighborhood, or, when I led a more urban existence, checking out the lit-up skyline and the unending life of the major street I was just half a block off of. And somehow I always end up awake, late, with headphones on playing something, reading or typing away. I fill my head full of words before I sleep; most nights, around 2 or 3 am, I'm falling asleep doing the Times Sunday crossword..

That's the plan for tonight, or this morning, anyway.

One Reply to * 'Round Midnight

Legend has it that Kris Weberg's head is filled with delicious candy, which is why he avoids blindfolded children carrying sticks. Fortunately for you, he's decided to empty the leftovers here at his blog for your amusement and bemusement. Read more »

Quite possibly the best non-TC blog post ever. The comments are the funniest part. It does raise an interesting, if commonly-known point about the Internet (or, as Senator Ted Stevens calls it, "a bunch of tubes"): It's like your permanent record from grade school, only real....and Go »

Hi, all! This will be the second blog I've authored and the fourth blog with which I've been involved as an author, and I still haven't really worked out just what to say in these introductory posts. As most of you know, though, I'm wordy enough once I get rolling that content shouldn't be a problem. Go »

Every so often, something happens to you that makes you realize nature or God or whatever else you attribute your existence to apparently goes to work drunk sometimes. And sometimes that realization makes you post long, boring blog entries that people only read in hopes of getting clues for a prize-free post-title game. Clues that aren't actually there. Go »

Well, I obviously never got around to any poetry over the last week, due to too much reading and not enough sleeping. And to make up for that, here's some fun for everyone. Go »

Don't Leave Me Hangin' on the Telephone

"Goodbye" is, increasingly, the midpoint of every conversation I have online or on wireless. Every phone call with a friend or relative seems to turn into one of Eliot's winding streets, though usually neither tedious nor insidious. I thought this might help, but it's painfully generic advice: There are several ways that you can end a long phone call without making up a story or sounding rude: Leave the conversation open. Go »

I've been fairly busy for the last several days, going through writing-tutor training for Fall, reading for exams, and using Go »