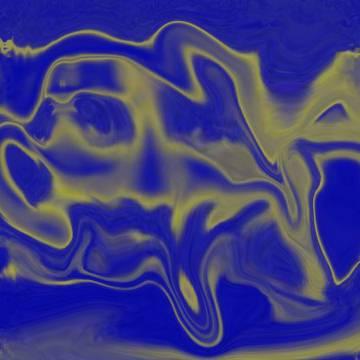 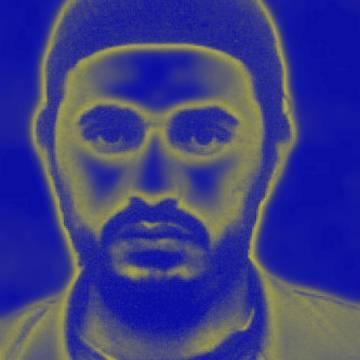 clue: This serial killer has proven that cutting off the head doesn't necessarily kill the body.

explanation: al-Zarqawi was, at the time this goo was published, al-Qaeda's leader of operations in Iraq, cut off from organization mastermind Osama bin Laden. He was notorious for allegedly beheading American journalist Nicholas Berg on videotape. more…

trivia: Other than cropping images and converting them to grayscale, this goo represents the first time that Scott had distorted a source image before gooing it: He took a famous grayscale photo of al-Zarqawi and tinted it blue and yellow, hoping to throw off players who would comb image-specific search engines looking for blue and yellow photographs. In the end, it was the phrase "serial killer" that seemed to confuse players the most. Incorrect guesses included Jeffrey Dahmer, Jack the Ripper, Ted Bundy, Henri Landru, Charles Manson, two for Edmund Kemper, and two for Ed Gein.

This American dancer in Paris never learned not to stick her neck out. Go »