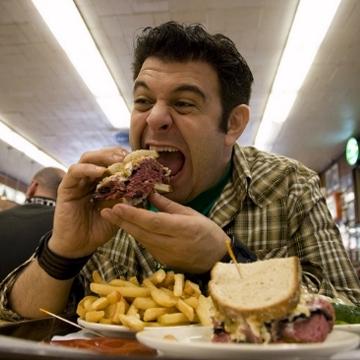 clue: He started the show as a rich man, but he's going to end it as a fat man.

explanation: Richman hosted Man vs. Food in which he ate large portions to win contests. more…