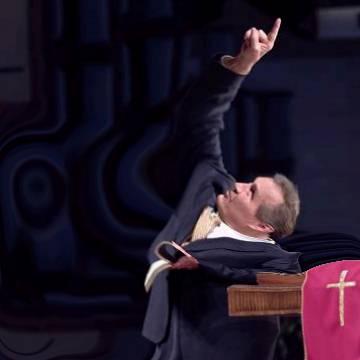 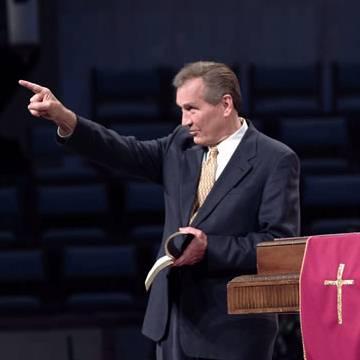 clue: The answer to this baptist leader's identity is worth finding.

explanation: Rogers was a longtime leader of the Southern Baptists. The phrase "worth finding" referred to his TV program Love Worth Finding. more…

This fundamentalist prophet was wanted in more ways than one: He reportedly has over 90 wives. Go »