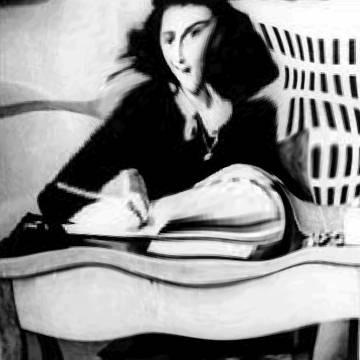 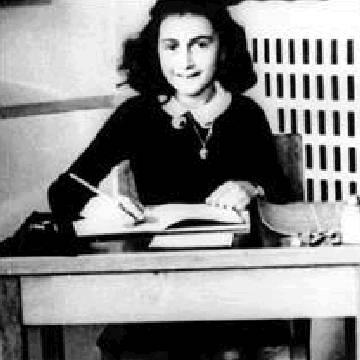 clue: Frankly, I never thought a little girl's diary would provide such a glimpse of pure evil. Hide!

explanation: Frank, who was 14 when she wrote it, became famous for the daily diary that she kept of being a Jew and having to hide from Nazi soldiers in a tiny attic. The word "frankly" was a play on her last name. more…

trivia: Player Amir Sufyani wrote with his guess: ...really appropriate, actually. A bunch of students from my school (including me) are about to go to Germany to perform a few schools. The play? "And Then They Came for Me: Remembering the World of Anne Frank".