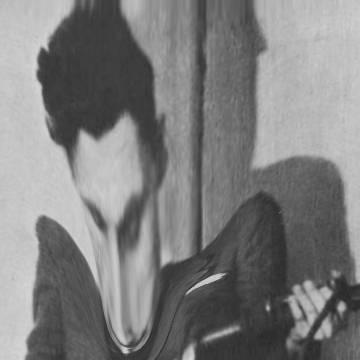 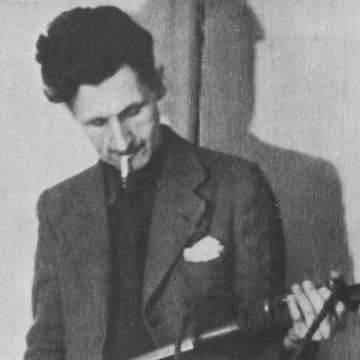 clue: Big Brother found out that some days in Burma are more equal than others.

explanation: Orwell was the author of several books, including one refereced directly in the clue, Burmese Days. The famous antagonist of 1984 was Big Brother, while the most famous line from Animal Farm was, "All animals are equal, but some animals are more equal than others." more…

trivia: One player commented that it looked like Orwell was playing a guitar in the photo. In fact, he was examining a gun.