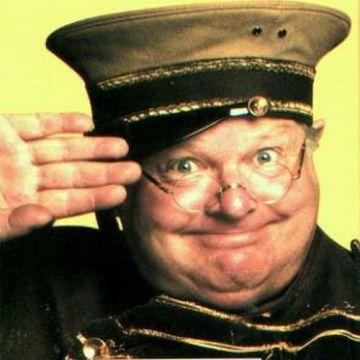 clue: Nobody did as much to popularize "Yakety Sax" as this British comedian, whose eponymous show mixed burlesque humor with wordplay and slapstick comedy at an accelerated pace.

explanation: The Benny Hill Show is remembered for using "Yakety Sax" as the theme music and frequently speeding up footage to make its scenes sillier. more…