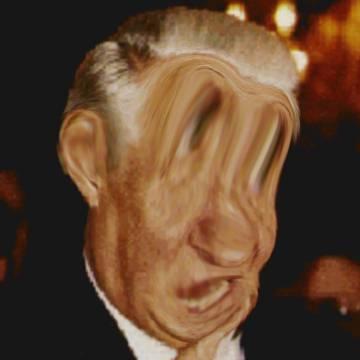 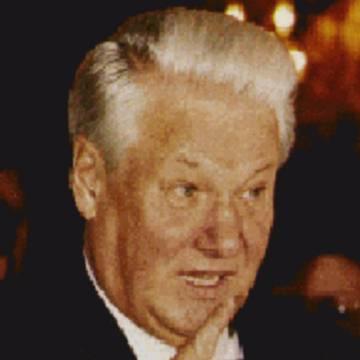 clue: Is it a sin to keep drinking after you resign, comrade?

explanation: Yeltsin was the president of Russia for most of the 1990s, and his best-known foible was his drinking problem. The word "comrade" refers to his status as a Russian. more…

trivia: This goo was originally published as "president" instead of "political figure" to confuse players who might assume that the goo was an American president. But "president" was generally disallowed as a notoriety because it makes some goos too easy, so Yeltsin's status was later changed to the more generic "political figure."