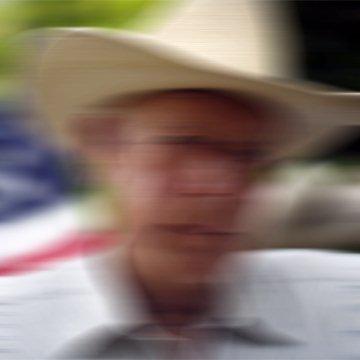 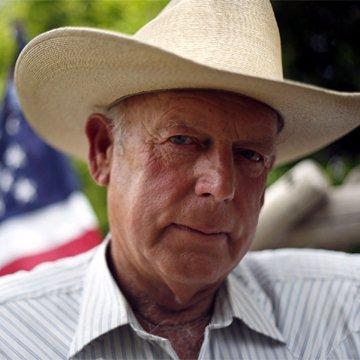 clue: After twenty years of legal battles, this defiant Nevadan is tired of the federal government treating its citizens like cattle.

explanation: Bundy's two-decade standoff with the federal government over grazing rights for his cattle created a flashpoint of controversy in April 2014. more…