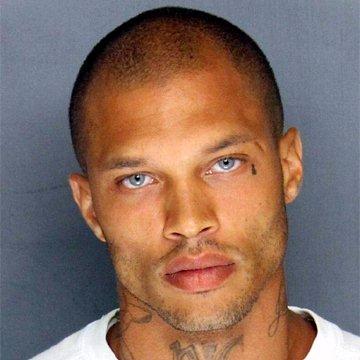 clue: This Californian felon didn't mug for the camera while being shot by police, but his handsome mug has shot up in popularity across the Internet.