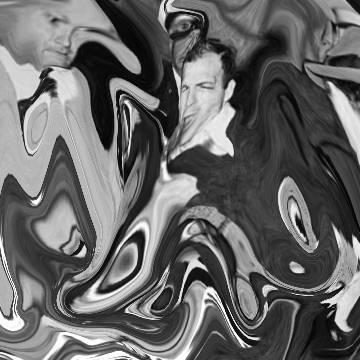 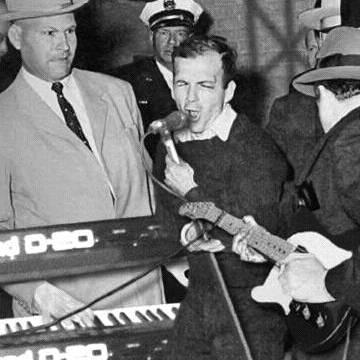 clue: It's too bad this sharpshooter with three first names didn't live to hear the Dead Kennedys.

explanation: Oswald was the historical figure generally taken to be the assassin ("sharpshooter") of President John F. Kennedy, though some people believe that he was framed or did not act alone. The punk band Dead Kennedys is a reference to the man who Oswald killed. The phrase "three first names" refers to Oswald's full name. more…

player landmarks: This was the first goo solved by K. R. and Angela Lathem-Ballard.

trivia: This goo was part of Round Thirteen, in which each goo was dedicated to a particular player. This goo was created for Jeff Flom, who hated the Kennedy family. The original image for the goo is a doctored version of the famous photograph of Jack Ruby shooting Oswald.