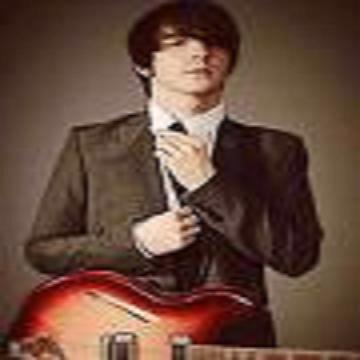 clue: If you saw him on TV, would he be playing a guitar like ringing a bell?

trivia: Chris submitted an alternate clue: "Do you think this goo could find a way to lift a dumbbell?"