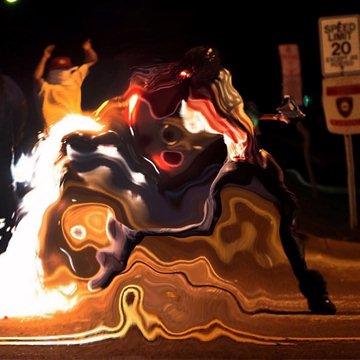 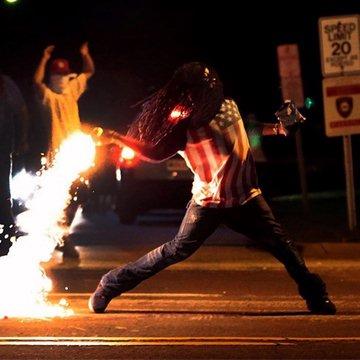 clue: No need to feel weepy over this freedom-loving St. Louisan. He's all that and a bag of chips.

explanation: An anonymous man, known only as Edward or his Twitter handle @eyeFLOODpanties, was photographed during the Ferguson, MO protests in 2014, throwing a flaming tear gas canister ("weepy") away from a crowd of people, while wearing an American flag shirt ("freedom-loving") and without putting down his bag of chips. The image became widely associated with the protests. more…

trivia: Crawford was widely identified online only by his Twitter handle, eyeFLOODpanties, with a few articles mentioning only his first name. Scott accepted guesses for both under the circumstances.