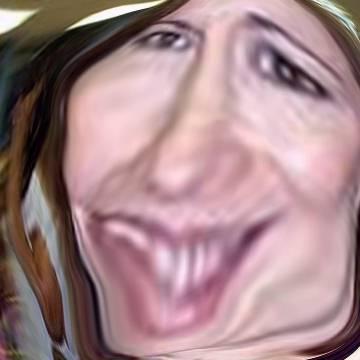 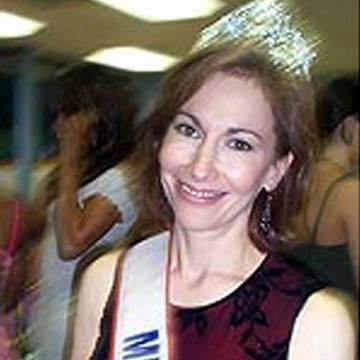 clue: Poke 'em, prod 'em, even hand this goo a gun. This goo is willing to try it all.

explanation: Yoffe wrote a column called "Human Guinea Pig" for the online magazine Slate, in which she tried such things as shooting a gun, entering a beauty pageant, and taking a vow of silence. more…

trivia: Scott originally didn't distort the source image much because he didn't want to end the round with a difficult goo, but he decided to take advantage of Lori's gender-neutral clue and the rare photo (not indexed by search engines) and create a stumper after all.

As seen on TV, this inventor is a virtual device-o-matic. But wait, there's more! Guess now, and we'll throw in that he's also famous for inventing the infomercial. Go »

It will be hard to tell who will come in last with ten left. Go »