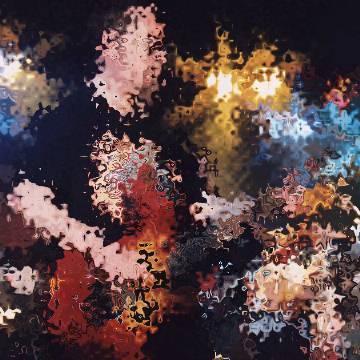 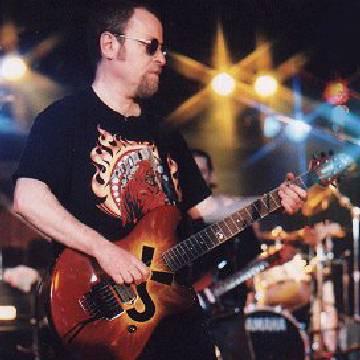 This celebrity goo was created by player David Mitzman.
Scott Hardie provided the source image, gooed image, category, and difficulty, made minor changes to the clue provided by David, and wrote the explanation.

clue: This blossoming leader told us not to be afraid of death and that there is a way to climb into the heavens.

explanation: Bloom was the singer and guitarist for the band Blue Öyster Cult. Two of their hits were "Don't Fear the Reaper" (don't be afraid of death) and "Stairway to the Stars" (climb into the heavens). The word "blossoming" referred to his last name. more…

trivia: It proved to be very difficult for players. (This problem was compounded by technical difficulties with email the same week, which prevented Scott from receiving more correct guesses.) The following list shows the incorrect guesses, some of which involve "blossoming" and some do not: Robin Wilson of the Gin Blossoms, Robert Plant of Led Zeppelin, Nick Cave of Nick Cave and the Bad Seeds, Jakob Dylan of the Wallflowers, Joe Satriani (solo act), Jimmy Page of Led Zepplin, Robert Hunter of the Grateful Dead, and one guess for the band Led Zeppelin as a whole. It's too bad the game doesn't reward players just for trying.