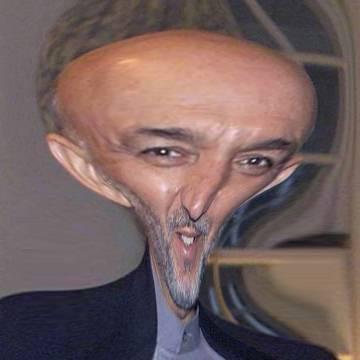 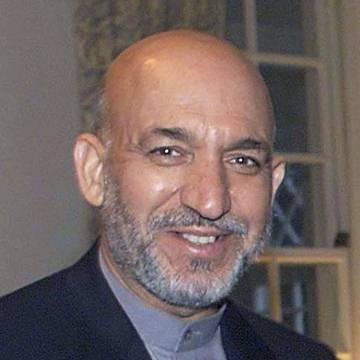 clue: Amid turmoil, this Bush-approved politician became the first elected leader in his nation's history.

explanation: Karzai, supported by the Bush administration, became Afghanistan's first elected president in 2004. The word "amid" is a play on his first name. more…

trivia: After Bill Clinton, Laura Bush (twice), and Homer Simpson, Karzai became the fifth celebrity to get his own goo after previously appearing in the background of someone else's. Many players guessed Karzai for the Jalal Talabani goo (0516).