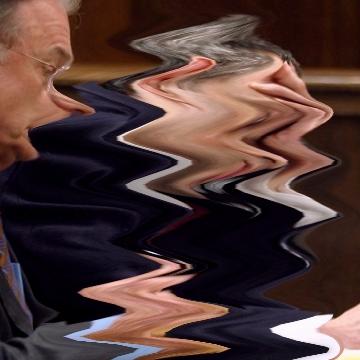 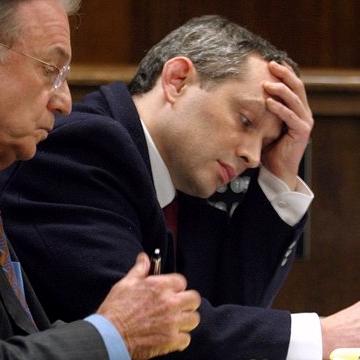 This celebrity goo was created by player Samir Mehta.
Scott Hardie provided the source image, gooed image, category, and difficulty, made minor changes to the clue provided by Samir, and wrote the explanation.

clue: This tech celebrity namesys a famous piece of storage software after himself and then likely killed his wife.

explanation: Reiser invented the program ReiserFS and founded the company Namesys. In 2008, he was convicted of murdering his wife. more…

trivia: Scott struggled with how to classify Reiser's goo. He first became famous as a software inventor, but gained much wider recognition after the murder investigation. Ultimately Scott decided that the case wouldn't have made many headlines unless Reiser was already famous in the software business, and Invention & Technology won out.