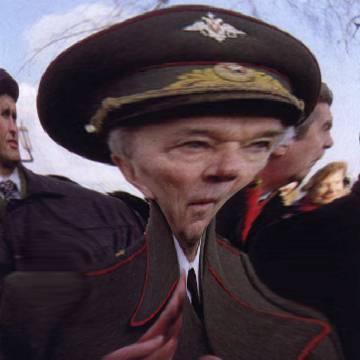 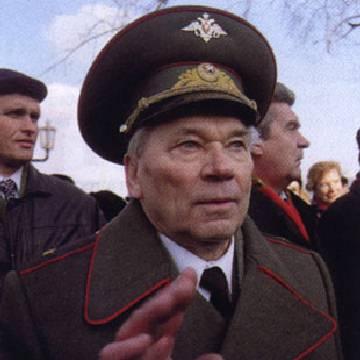 clue: He invented the submachinegun (and the AK-47 in 1949), but didn't get a patent until recently.

explanation: It is important to note that Scott was confused by a web site where he did research for this goo. The site, dedicated to Kalashnikov and his many firearms, reported the four facts given in the clue: That Kalashnikov invented the submachinegun, he invented the AK-47, he invented the AK-47 in 1949, and he did not get a patent on the gun until a few years prior to this goo going online. Two of the facts were disputed by players: Aaron Fischer claimed that Germans, not Russians, invented the submachinegun. Dan Donovan claimed that the AK-47 was invented in 1947, not 1949. more…

trivia: This goo was part of Round Fourteen, in which each goo was selected by a player. This goo was chosen by Mike Eberhart, who submitted Mikhail Timofeevich Kalashnikov as the inventor of the AK-47. Perhaps Scott should have asked him to write the clue. :-)

The Vietnam War wouldn't exactly have been fought with sticks and stones if this gun designer's weapons hadn't existed, but he did lift a burden from the soldiers all the same. Go »