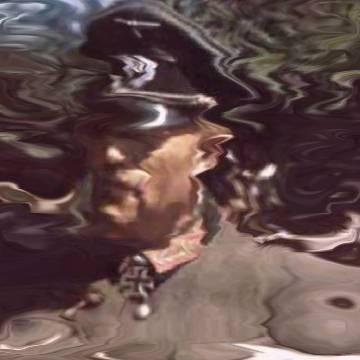 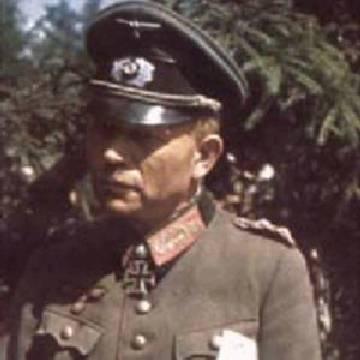 This celebrity goo was created by player Jeff Flom.
Scott Hardie provided the source image, gooed image, category, and difficulty, made minor changes to the clue provided by Jeff, and wrote the explanation.

clue: Put your arms together for this German General.

explanation: Guderian was a prominent German general before and during WWII, credited with inventing Blitzkrieg, a "lightning war" strategy of relentless attack. His adaptation of the military doctrine of combined arms ("put your arms together"), coming from his communications experience, allowed tanks, artillery, and infantry to work simultaneously for devastating effect, and is still employed today by many armies, including that of the United States. more…

trivia: Scott and the players experienced much confusion when researching this goo: Some web sites claimed Guderian had invented Blitzkrieg, others said he had merely used it. Some said he had invented combined arms, others that he had merely used it, and some described either Guderian or combined arms without even mentioning the other. Some web sites didn't even spell his name correctly! Adding to the confusion was a color source photograph of Guderian in uniform, which would not have been possible during WWII. There were four incorrect guesses for Erwin Rommel, and one each for Reinhard Gehlen, Reinhard Heydrich, Walter Dornberger, General Armstrong, and Coronel General Hans-Jürgen von Arnim.