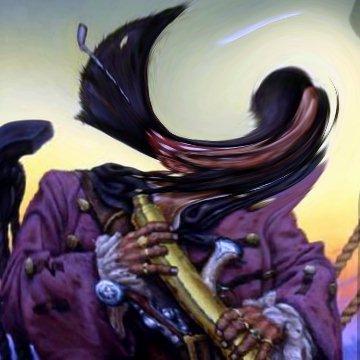 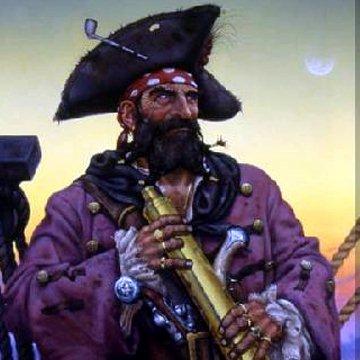 clue: The pirate who popularized the Jolly Roger was liked by the men (and two famous women) in his crew.

explanation: Although many pirates flew variations of the Jolly Roger (skull and crossbone) flag, Rackham's design showing a skull over two crossed swords became the most famous and is the one most closely associated with the flag today. Famous female pirates Anne Bonny and Mary Read were both members of his crew. more…