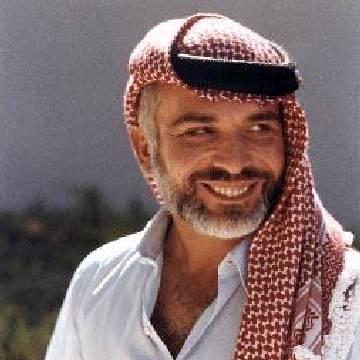 clue: This popular leader brought Jordan closer to the west. Who's the king?

explanation: Hussein was king of Jordan from 1952 to his death in 1999, and his popularity allowed him to pursue a pro-Western policy that made Jordan into the modern country it is today. more…

trivia: This goo was considered to represent Jordan at the end of the Goo World Tour in early 2004, but Music beat Royalty in a player poll, and King Sunny Ade of Nigeria became the final goo of the round. All seven incorrect guesses were for King Abdullah II, Hussein's son and the current king of Jordan at the time this goo was published.

He continued his father's legacy in Jordan. Who's the new king? Go »

Apparently divorce is hard on a duchess's figure. Go »

She wasn't scared to leave her partners in crime-fighting. Go »