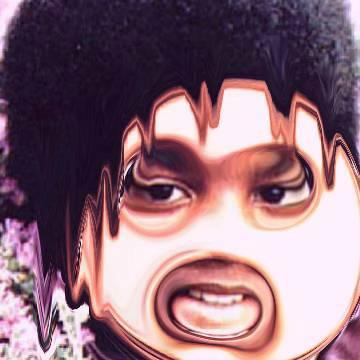 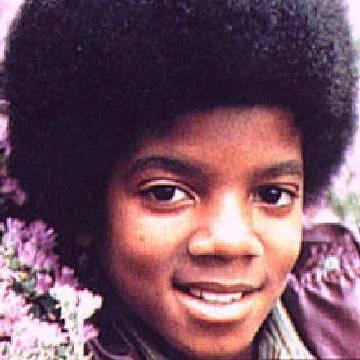 clue: Helen Keller doesn't have anything on this freak of nature.

explanation: Jackson's appearance and behavior over the course of his long career would be described by most people as freakish. The clue refers to the clue for Helen Keller (goo 0288), which mentioned Michael Jackson. The gooed image was also a clue: Jackson's childhood face was distorted to resemble his present visage. more…

trivia: At the time, this goo held the record for appearing in the most categories: Music because of his singing career, Cinema & Television because of his numerous appearances in both mediums, Scandal because of the many bizarre incidents he has caused, Business because of his licensing control over original Beatles recordings (and others), Family & Relations because of his ties to the rest of the Jacksons and to Lisa Marie Presley, Fashion & Modeling because he started the "one white glove" trend (not to mention being known for his colorful Sgt. Pepper uniforms), Crime & Punishment for his 2003 arrest for child molestation, Sexuality because of his seeming attraction to adolescent boys, Video Games because of the famous "Moonwalker" game, Advertising for the Pepsi commercial in 1984 in which his hair caught on fire, Diseases & Health for the vitiligo that famously whitened his skin, Animals for the chimp and giraffes and other exotic animals kept as pets, and Miscellaneous for the thing for which he probably most wants to be known, being a talented dancer.

What's success got to do with it? She's the biggest-selling female rocker in history. Go »

This modern day singer always seems to be in the limelight. Go »