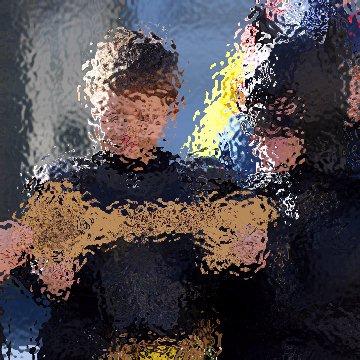 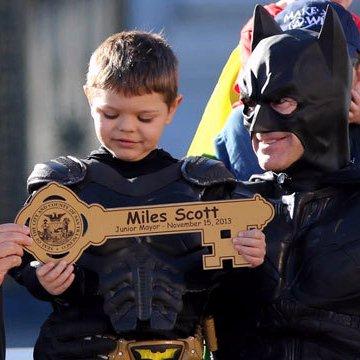 clue: Saving San Francisco was easy for this pint-sized superhero, but the whole city saving him from a day of cancer treatment was the real act of heroism.

explanation: Scott was a young cancer sufferer who participated in the Make-a-Wish Foundation and wished to be "Batkid," sidekick to Batman. The city of San Francisco staged an elaborate day of activity for Scott to participate in simulated acts of heroism and get a key to the city. The event drew an outpouring of public support and over ten thousand people participated. more…