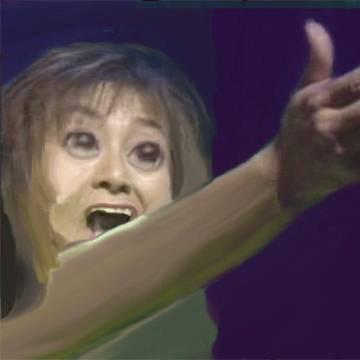 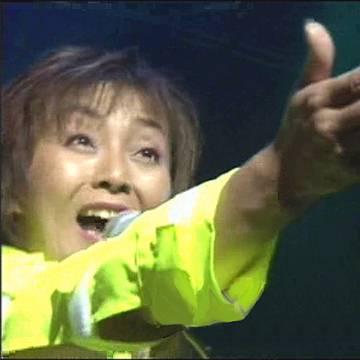 clue: It doesn't matter if you're a tomboy or if you run and hide. This goo will surely catch up with you.

explanation: Horie was a singer and voice actress on Sailor Moon, playing the character Sailor Galaxia who relentlessly chases the main characters no matter how many times they flee. Her fan club was called "Tomboy." more…

trivia: Lori distorted the gooed image to look more like the character, stopping short at coloring the hair blonde.