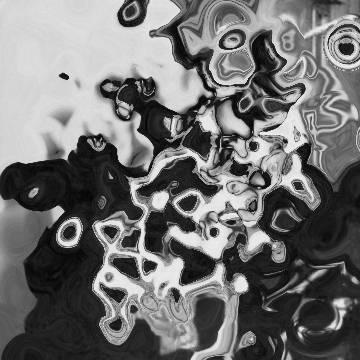 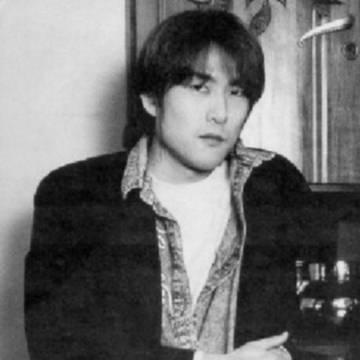 This celebrity goo was created by player Lori Lancaster.
Scott Hardie provided the source image, gooed image, category, and difficulty and made minor changes to the explanation provided by Lori.

clue: This narcissistic actor has a cross to bear.

explanation: Koyasu starred in the anime series "Weisskreuz" (German for "White Cross"). One of his best-known roles was Emperor Hotohori from the TV series "Fushigi Yûgi," a narcissistic character. more…

trivia: A few months after the Yôko Kanno goo, which had spectacularly failed to realize Scott's intention of being one of the hardest goos of all time, Scott decided to put up Lori Lancaster's ultra-difficult request without editing her clue or providing any extra hints to the players. Lori had specifically designed the clue to stump search engines, which wouldn't think to change "cross" to "kreuz." (An intrepid player might have noticed from Lori's bio on the site that she also spoke Spanish and German, and translated the keywords in the clue to those languages before searching the results.) Incorrect guesses included Willem Dafoe, Billy Crystal, Brent Spiner, Kirby Morrow, Jon Cater, Sean Penn, Brandon Lee, Russell Crowe, Kirk Douglas, Yukio Mishima, Matsumoto Yasunori, Charlton Heston, Gabriel Byrne, Hirotaka Suzuoki, Jeremy Sisto, James Marsters, Cary Grant, and Ted Neeley, most of which matched the clue but were nowhere near the right answer.

The Lone Rangers really thought this caller was childish. Go »