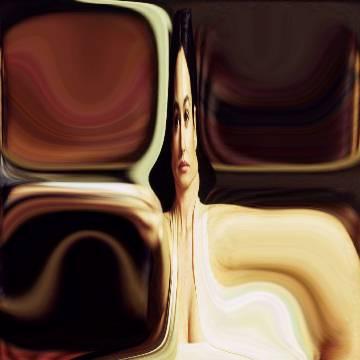 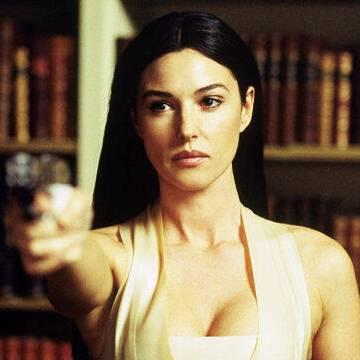 clue: This divine actress broke the language barrier to become a star outside her home country, but it doesn't hurt to keep doing those makeup ads.

explanation: Bellucci, who was born in Italy but became a movie star in France and America, learned three foreign languages to aid her career. Besides playing the divinely-named Persephone in the "Matrix" films, she has appeared in advertisements for lipstick and perfume. more…

trivia: Since the gooed image, taken from Bellucci's appearance in "The Matrix Reloaded," wound up looking so much like Salma Hayek, Scott decided to write a clue that could also have described the Mexican-born American movie star Hayek, who played a divine muse in "Dogma" and did makeup commercials for Revlon. Other than the origin of the photograph, the only distinguishing difference was that Hayek would have been cross-listed in the Television category. (Player Amy Austin pointed out that the clue could also have accurately described Andie MacDowell.)