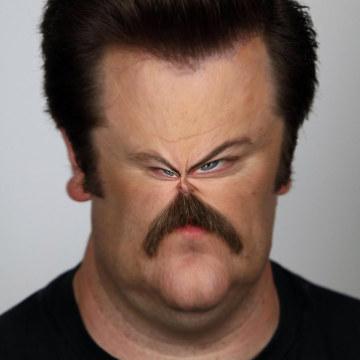 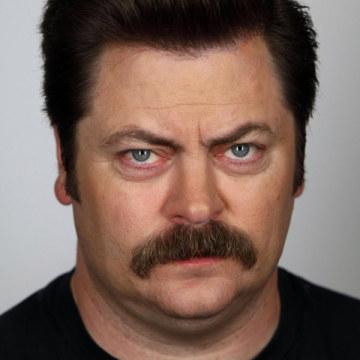 clue: When this master carpenter goes out to dinner, he orders the "turf and turf." Also, whiskey and a cigar. All of which he will consume at one time, because he is a free American.

explanation: Offerman, in addition to his acting career, is a skilled carpenter. In the television show Parks and Recreation in which Offerman plays Ron Swanson, the character once ordered a meal he called the "Turf and Turf" which consisted of a 16oz t-bone and a 24oz porterhouse steak. more…