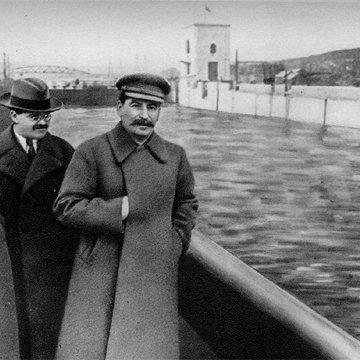 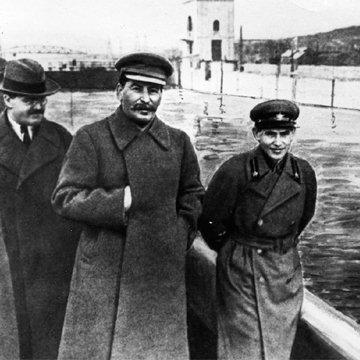 clue: He's not there. Double plus ungood.

explanation: In the Soviet society critcized by George Orwell's Nineteen Eighty-Four, Yezhov was a top police officer known for "disappearing" enemies of the state by executing them and destroying any records that they existed. He himself suffered this fate when he fell out of favor, becoming the most famous example of an "unperson" in Soviet history. more…

trivia: The images used for the goo are the before-and-after versions of a famous photo of Yezhov with Joseph Stalin that saw him erased from history.