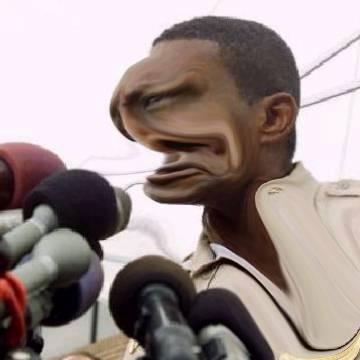 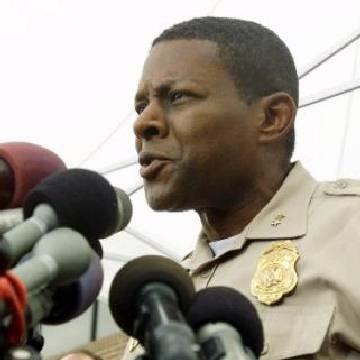 clue: Rhymes with noose, as in what you'd use to catch a duck.

explanation: Moose ("rhymes with noose"), Chief of Police for Montgomery County in Maryland, was the most visible law enforcement official in the hunt for the Beltway sniper, John Allen Muhammad, who was captured the week before this goo went online. Late in the investigation, a note from the sniper instructed Moose to read at a press conference the phrase, "We have caught the sniper like a duck in a noose." more…

trivia: The goo would have gone up earlier, prior to Muhammad's capture, but new policies enacted in September 2002 prevented Scott from changing the order of certain upcoming goos, once established. The most consistently made incorrect guess for this goo was O.J. Simpson (who would have been listed in the "Sports" and "Cinema & Television" categories, besides just "Crime & Punishment").