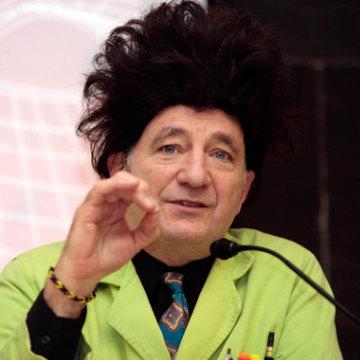 clue: This science guy had his own world, though his sister never made the jump from paper to screen.

explanation: Paul Zaloom was the star of the children's science television show Beakman's World, originally based on a comic strip called "You Can with Beakman and Jax." In the comic, Jax was Beakman's sister. "Science guy" is intended to allude and fool people into considering Bill Nye as the answer. more…