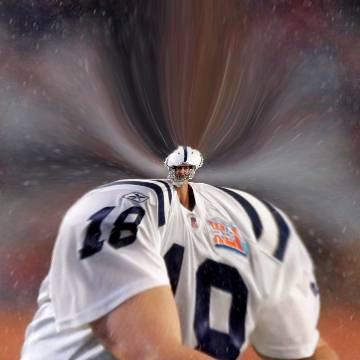 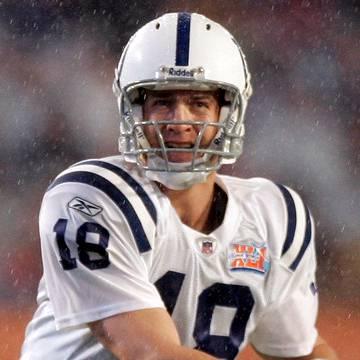 clue: Hoofing your way into the big game is easy with this football scion manning the offense.

explanation: Manning, son and brother of other football greats, was quarterback of the Indianapolis Colts ("hoofing") when this goo was published. The word "manning" was a hint at his last name. more…

player landmarks: This was the last goo solved by Chris Venit.

trivia: This goo was published hours after Manning's appearance in Super Bowl XLI, from which the source photo was taken.