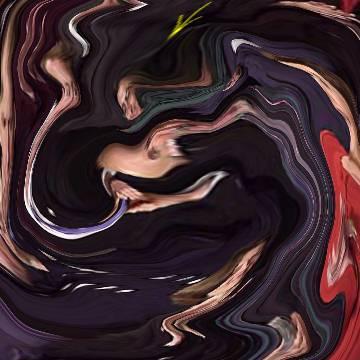 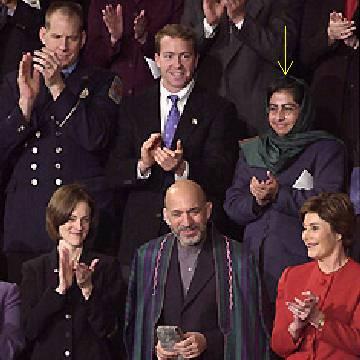 clue: This Afghan V.I.P. is a real doozy.

explanation: Panah was, at the time the goo went online, an Afghan living in the United States, serving as the Managing Director of Women's Development for Afghanistan, an organization helping to provide education and health care for women in the impoverished nation. In the week before this goo went online, she sat in the V.I.P. box at President Bush's 2002 State of the Union address, where this photograph was taken. The word "doozy" was a play on her name. more…

trivia: This goo was designed to be incredibly difficult to end an elimination round. Only two players got it right. Incorrect guesses included three for Hamid Karzai, two for Sima Samar, and one each for Osama Bin Laden, Donald Rumsfeld, Tommy Franks, John Walker Lindh, Muhammad Najibullah, James F. Dobbins, Zbigniew Brzezinski, Mullah Mohammed Omar, and Ahmad Shah Masood. (Karzai appears in the photograph but is not the target of the yellow arrow nor the identity of the goo. At the last minute, Scott considered counting guesses for Karzai since he did appear in the photograph, but Scott had told multiple players that the goo was not Karzai.)