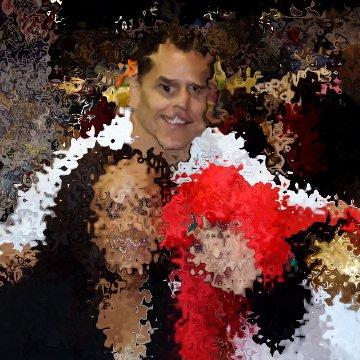 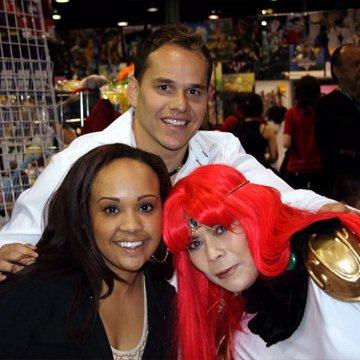 This celebrity goo was created by player Lori Lancaster.
Scott Hardie provided the gooed image and category, made minor changes to the clue provided by Lori, and wrote the explanation.

clue: Roses are red, and violets are blue. This rocky guy loved karate, and was number 2.

trivia: The source photo was taken when Lori (in costume) met Cardenas and his co-star Karen Ashley Jackson at a fan convention. Scott tweaked the wording of Lori's clue to provide an additional hint.