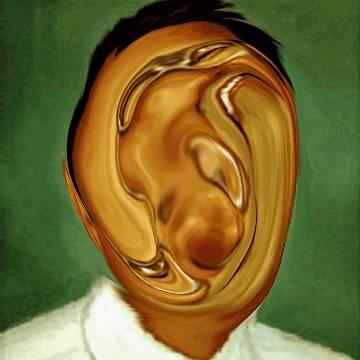 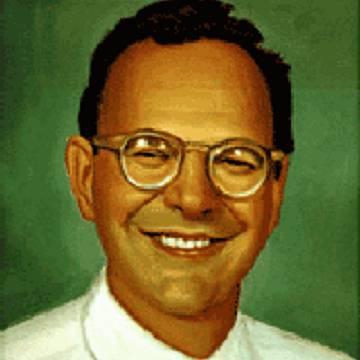 clue: This designer for Benetton and Barnes & Noble knows what it is to be depraved and hopeful at the same time.

explanation: Kalman was a senior designer for Benetton and Barnes & Noble, and founded Colors magazine, published by Benetton. The words "depraved and hopeful" are a play on "perverse optimist," which is what Kalman considered himself. (That phrase was also the title of his biography, from which the source image was taken. more…

trivia: This goo was requested by D R. When Scott was writing the clue and asked D for a clarification of "perverse" in Kalman's personal philosophy, D (in a hurry) wrote back: yeah, perverse in def. 2b from m-w, i suppose: "arising from or indicative of stubornness or obstinancy" related to his supreme optimism in such a pesimisitic society. make sense? Later in the week, when Angela Rehn entered her guess, she wrote to Scott: anyway, I'm guessing it's tibor kalman, since d has had a strong desire for his autobiographical-pictorial text for about 50 years now, and that face is difficult to erase from the mind once it has been seen...jeepers

What is one man's garbage is another man's treasure, and, in this case, his artistic building box... I mean, blocks. Go »

He brought a Gothic sensibility to his portraits of the Midwest. Go »