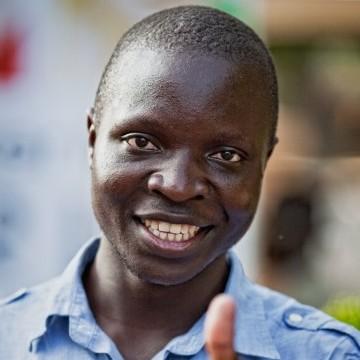 clue: Ever since improving his village in Malawi, he has been an electrifying public speaker.

explanation: At the age of 20, Kamkwamba built a wind turbine out of very basic parts in his village, providing power (and later drinking water after building a solar-powered water pump). He became a popular speaker for TED Talks and on television. more…