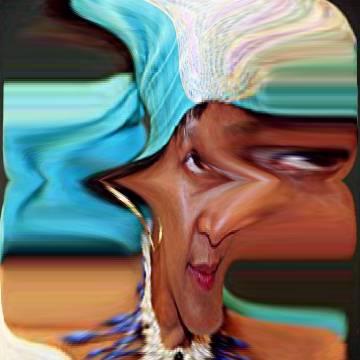 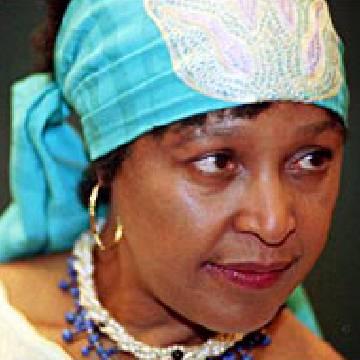 clue: Controversy has followed this courageous leader... Could there be a black first lady?

explanation: Mandela was married to Nelson Mandela, and for decades the two of them were the dominant voices calling for social reform and an end to apartheid in South Africa; both spent prolonged periods in prison. When Nelson Mandela was elected president of South Africa, Winnie Mandela served in government positions, and remained president of the ANCWL and a member of the ANC parliament. The phrase "Could there be a black first lady?" is a play on the clue for Nelson Mandela's goo in 1998, which asked "Could there be a black president?" more…

player landmarks: This was the first goo solved by Melissa Erin.

The world is safe for goos again with this malevolent despot out of power and into a jail cell. Go »

What happened in Ukraine won't stay in Ukraine, thanks to an investigation into this vice-presidential son that led to impeachment proceedings.
1 year ago today

191 consecutive goos solved as of now

85 consecutive goos solved as of now

80 consecutive goos solved as of now

78 consecutive goos solved as of now