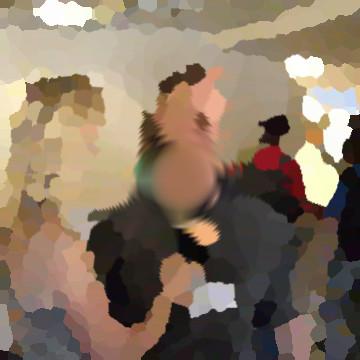 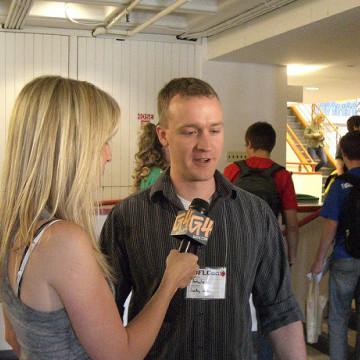 This celebrity goo was created by player Russ Wilhelm.
Scott Hardie replaced the category and difficulty provided by Russ.

clue: All I can say is wow! It may not have been his smartest move, but there's no denying his braaaaaaaaaveeeery!

explanation: Schulz created the World of Warcraft character Leroy Jenkins, who shouted his own name, "Leeeeeeeerooooy... Jeeenkins!" while charging into battle, getting himself and his teammates massacred. This was captured on a video that circluated throughout the Internet. more…

trivia: Scott struggled with whether or not to accept guesses for "Leeroy Jenkins," ultimately deciding to accept them on the basis that Jenkins was Schulz's name online in this particular game, and thus qualified loosely as an alias. The fictional Jenkins had already been his own goo, back before the game started requiring all goos to be real people.