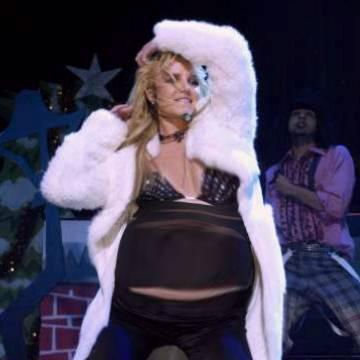 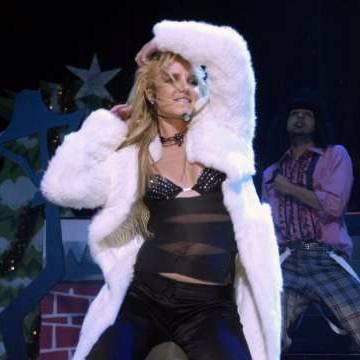 explanation: Spears was a pop singer who originally built her career on a claim of virginity, but who became married and pregnant shortly before this goo was published, hinted at by the distortion pattern. The clue plays on her song titles "Oops!...I Did It Again" and "I'm Not a Girl, Not Yet a Woman." more…

trivia: Scott had to look up the correct punctuation for the song titles. Honest.