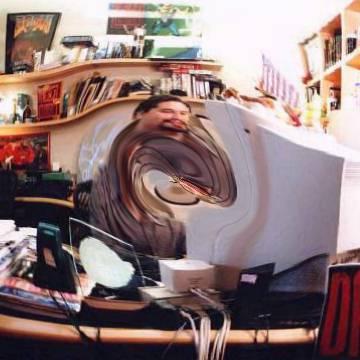 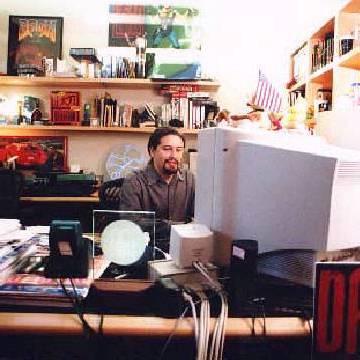 clue: It's fair to say that this heretic was the first person-shooter.

explanation: Romero was a computer game designer often credited with inventing the "first-person shooter" genre. He created or co-created Doom, Heretic, Hexen, Daikatana, Quake, Wolfenstein 3-D, and others. Heretic was directly mentioned in the clue, and the boxes for Doom II and Daikatana were visible on the shelf behind Romero in the photograph. He was the son of director George Romero. more…

trivia: Recognizing the box for Doom II and knowing that it was published by iD software, two players guessed virtually the entire main staff of the company, not knowing that Romero no longer worked there.

How appropriate it is that her board game about the dangers of capitalism was stolen by an unbrotherly corporation and turned into a celebration of making profit. Go »

After years of work on beloved titles like Kirby, Earthbound, and Super Smash Bros, this banana-loving president's final gift to gamers is Pokémon Go. Go »

He didn't just translate most of the Legend of Zelda games: His voice was among the very first speaking English to appear in any video game, assuring players that the galaxy is at peace. Go »