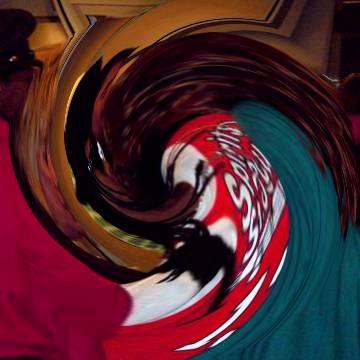 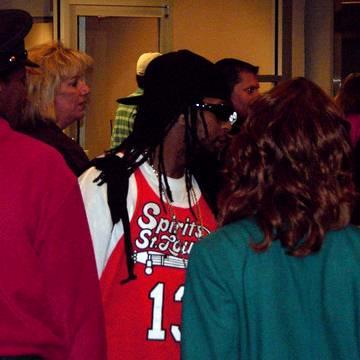 clue: He and his boyz would like me to ask, "who's the king?" Unfortunately out on the east side, they're stuck asking "WHAT?"

explanation: Lil Jon's band is called the East Side Boyz, and they have an album entitled "Kings of Crunk." Dave Chapelle had fun at Jon's expense borrowing phrases from a song on which he collaborated with Usher. People all over can now be heard screaming "WHAT? OKAY! YEAH!" more…

player landmarks: This was the last goo solved by Marc Kelley.

trivia: This goo has the historical distinction of being the first based on a source photograph taken by one of the players: Erik Bates snapped this photo of Lil Jon at an airport in Atlanta, and asked to turn it into a goo to stump players who rely too much on Google Image Search. Erik wrote the clue and the explanation.