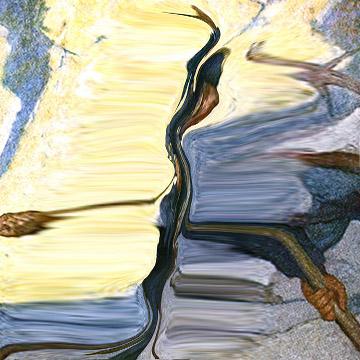 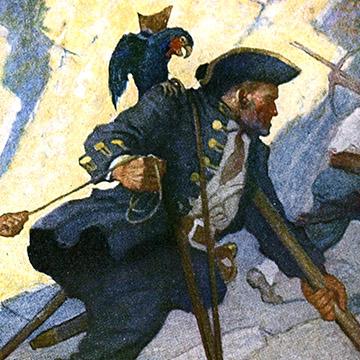 clue: If you wanted to open a fast-food restaurant named for this fictional pirate, copyright lawyers would say that you don't have a leg to stand on.

trivia: Long John Silver (2009) was the very last fictional goo to be published, not counting special exceptions made for a do-over goo and a one-week theme by Matthew Preston. Fictional characters had been a part of the game since Alfred E. Neuman in Round II, but I grew increasingly uncomfortable with their presence over time. This game is supposed to be about famous people, and it's one thing to include long-dead historical figures in that definition, but people who don't actually exist do not belong. After Silver, they would not return. It didn't help that the original Silver goo was riddled with errors, hastening their demise. –Scott Hardie