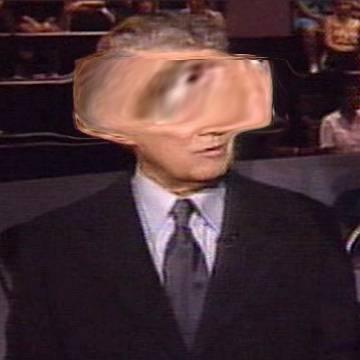 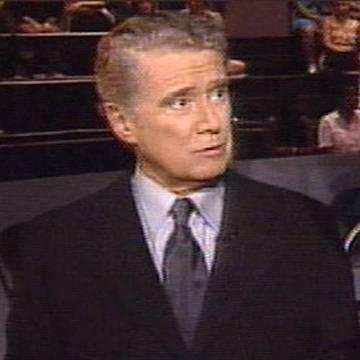 clue: Who wants to be a winner? This is the host with the most (hours of television).

explanation: Philbin holds the world record for the most hours of television in his long hosting career. The first part of the clue refers to his game show "Who Wants to Be a Millionaire." more…

player landmarks: This was the last goo solved by Jason Charles Butterhoff and Savannah Maloney.

trivia: The source photo is taken from the set of "Who Wants to Be a Millionaire." Many players guessed Philbin for the Dick Clark goo (0486).