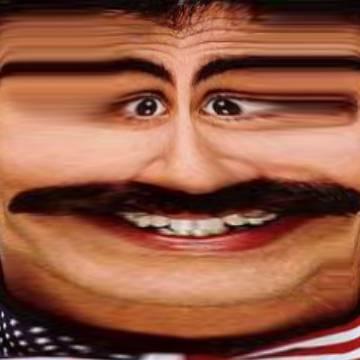 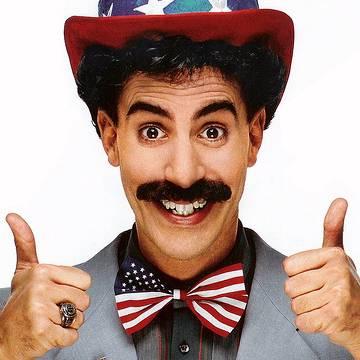 clue: Niiice! This comedian threw his people down the well to play a Kazakhstani reporter.

explanation: Jewish comedian Baron Cohen played Borat, a fictional Kazakhstani reporter in Borat. Among the character's signatures was the phrase "niiice!" and the made-up song "Throw the Jew Down the Well." more…

trivia: Baron Cohen was nominated for an Oscar in 2007 for writing Borat: Cultural Learnings of America for Make Benefit Glorious Nation of Kazakhstan.

I love this goo because watching her classic sitcom was always a ball. Go »

Somehow, I hope this golf-loving comedian is still up there entertaining departed troops. Go »