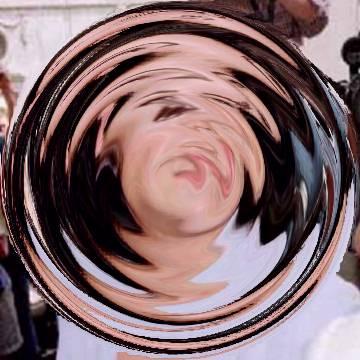 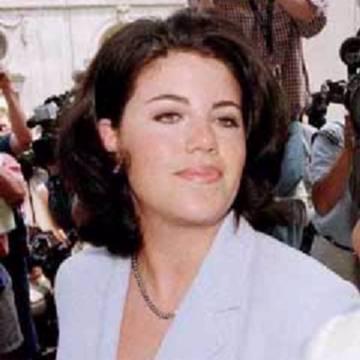 clue: There's no more scandalous figure in recent history than the woman who did not have sexual relations with that man, Mr. Clinton.

explanation: Lewinsky became famous for having a sexual affair with President Bill Clinton, who later denied it with the famous quote, "I did not have sexual relations with that woman, Miss Lewinsky." This goo was the first goo to be included in the brand-new Scandal category in the game (though other goos were retroactively added to it). more…

trivia: For almost a year, Scott had been creating goos with QGoo, a Java applet, since Kai's Power Goo did not work on his new computer. (He still managed to include many KPG goos over time by virtue of having created so many already and kept them in reserve.) This goo was the first one created after Scott was able to use KPG again, and so Scott gooed it in a way that looks like a classic gooing method, but had actually never been used before in all 300+ goos. Regardless, it demonstrated the power of KPG to modify an image, something that QGoo simply could not accomplish.

Hotel heiresses don't get much more sexy, foolish, or famous than this. Go »

Lots of people don't care for Donald Trump's tweeting. Only one person was in a position to do something about it. Go »