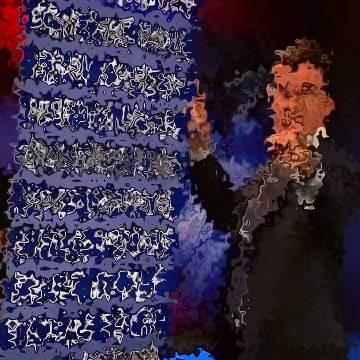 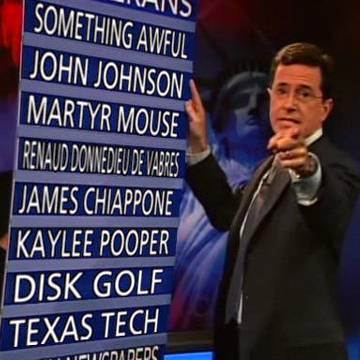 clue: His satirical nightly Report on the national news has put the pun back into punditry.

explanation: Colbert was the star of The Colbert Report, a satirical nightly commentary on Comedy Central. more…

trivia: For the source image, Scott created a version of The Colbert Report's famous "On Notice" board using a tool at shipbook.com/generator, warning several people and topics who had been controversial on goo.tc that they were "on notice."